Heal from the Core with TRE® (TensionTrauma Releasing Exercises) 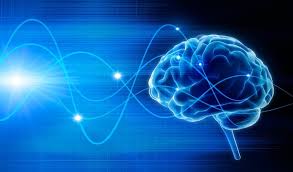 SOME FACTS ABOUT Brainwave States and Sound Healing:

A lot of us tend to be in a full on Beta state with just a dash of Alpha during the day, and if fortunate enough, we might receive a decent amount of hours spent emitting Delta waves at night.

Although we don't necessarily want 10 hours of Theta waving, we all need considerably more time spent in Theta state in order to be better able to concentrate and relax on demand through Alpha waves.

Sound Healing & Self-regulation.
Self-Regulation is being able to switch from one state to another -- Most Yogis excel at this task; some can alter their heart beat, production of body heat as well as sweat production!
Brainwaves are very important in our daily lives and functioning.

What are brainwaves? Your brain has billions of brain cells called neurons, which use electricity to communicate back and forth with each other. The combination of these neurons all sending signals at once produces an enormous amount of electrical activity in your brain. This activity can be detected and monitored using sensitive medical equipment (such as an EEG) to measure the electricity levels over areas of the scalp.
The main types of brainwaves include: Delta, Theta, Alpha, and Beta. Let’s talk about what each type of wave can do for us and what happens when they are irregular.

Delta waves (.5 to3Hz)
Delta brain waves are slow and loud brain waves that have a low frequency and are deeply penetrating, like a drumbeat. They are generated in deepest meditation, dreamless sleep, and healing and regeneration is stimulated in this state. This is why deep restorative sleep is important to the healing process.
Too much delta waves can be a cause of brain injuries, cause learning disabilities, difficulties thinking, and cause of severe ADHD.
Not enough delta waves cause issues rejuvenating the body, inability to revitalize the brain, and sleeping difficulties.
Optimal brain waves help the immune system, allow for natural healing and restoration, and allow for deep sleep.

Theta waves (3 to8Hz)
Theta brainwaves occur most often in sleep but are also dominant in deep meditation. It acts as our gate way to learning and memory. In theta, our senses are withdrawn from the external world and are focused on signals originating from within. It is the twilight state that is normally experience wake up or drift off to sleep. In theta, we are in a dream; vivid imagery, intuition, and information beyond our normal conscious awareness. Theta waves are where we hold our fears, troubles, history, and even nightmares.
Too much theta waves leads to ADHD, depression, hyperactivity, impulsion problems, and attention difficulties.
Not enough can lead to anxiety, low emotional awareness, and even stress.
Optimal waves allow us to be creative, emotionally connected, intuitive, and relaxed.

Alpha waves (8 to12Hz)
Alpha brainwaves are dominant during quit flowing thoughts and during some meditative states. Alpha waves are the power of being here and now, the present. Alpha waves are the resting state for the brain. Alpha waves aid overall mental coordination, calmness, alertness, mind/body integration and learning.
Too much alpha waves cause too much daydreaming, difficulty focusing, and being too relaxed when needing to be alert.
Not enough causes anxiety, high stress levels, insomnia, and led to obsessive compulsive disorders
Optimal allow us to be relaxed at the appropriate times.

Beta waves (12to38 Hz)
Beta brain waves dominate our normal waking state of consciousness when attention is directed towards cognitive tasks and the outside world. Beta is the “fast” activity going on when we are alert, attentive, engaged in problem solving, focused on mental activity, and making decisions.
Beta brain waves are further divided in to three bands; Lo-Beta can be though to fast idle. Beta is high engagement or actively figuring things out. Hi-Beta is highly complex thought, integrating new experiences, high anxiety, high stress, and even excitement. Remaining in the Hi-Beta is not efficient as it ‘running’ the brain and takes an incredible amount of energy.
Too much beta waves can lead to high anxiety, high arousal, and high stress levels
Not enough can lead to depression, poor cognition, too much daydreaming, and attention difficulties
Optimal performance helps with conscious focus, memory, problems solving, amongst other additional benefits

What do brain waves mean to you?
Our brain wave profile and our daily experience of the world are inseparable. When our brain waves are out of balance, there will be corresponding problems in our emotional or neuro-physical health. Research has identified brain wave patterns associated with all sorts of emotional and neurological conditions.